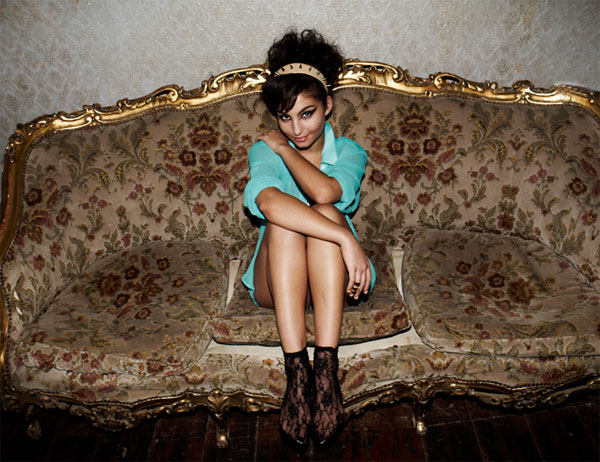 Here’s something fresh for your ears: Scottish/Iranian beauty queen Yasmin Shahmir has come into the music world with something a little different. You might not have heard of her much as she has only released two solo singles so far which are ‘On My Own’ and ‘Finish Line’ and three collaborations. She has made appearences at festivals like iTunes and Glastonbury and has also supported Example, Big Boi, Snoop Dogg and Aloe Blacc. She started off as a DJ and she has been asked my huge artists like N.E.R.D to DJ for them. How amazing is that?

‘Light Up The World’ is an absolute banger of a track! Not only has she teamed up with Ms Dynamite on this one but Shy FX too, who is an amazing DJ/producer and specialises in jungle and drum and bass, so you know he can master a backing track to suit Yasmin’s delicate but beautiful voice. Ms Dynamite is a rapper and singer who goes way back to 2001. She is known for her garage, hip-hop and rnb. I can remember her first album ‘A Little Deeper’ which was amazing at the time.

This is a wicked mix of artists for this track. I wouldn’t have thought that a voice like Yasmin’s would mix well with a strong, in-your-face rapper like Ms Dynamite and a hard jungle drum and bass beat. Saying that, the beat is not too harsh or crazy, it’s a lot more chilled and infused with a bit of reggae. It really reminds me of early 90’s jungle and drum and bass, it’s quite old skool.

Yasmin’s voice is so soft and childlike, it’s weird how it goes perfectly with this beat and Ms Dynamite’s Jamaican style rap. The video is perfect and goes so well with the lyrics. Words like ‘Soaring through the clouds like an eagle, with the sun beating on my skin’ and ‘I just wanna light up the world’ tells us she just wants to be free everywhere she goes. ‘Feeling like I need some room, feeling like I need some space, got to find something soon, to take me to outer space’ – all these lyrics tell us that she wants to get away and the effect of the track is to send you to a beautiful place where the sun is shining, there are loads of nice people, a relaxed vibe and you have nothing to worry about. The video fits so well with the lyrics. It sees her walking through the streets of beautiful, sunny Cuba interacting with people around her. Overall it is so chilled but still full of energy.

This song is a hit and I hope she does more.  She is currently signed to Ministry Of Sound but I believe she should get signed to a major label soon so she can make it big. She has already been nominated for a MOBO for best newcomer and I think she has a very good chance of winning it.

We wish you a belated Happy 2021 with @sirbrooksXIV 's review of Paul McCartney's new album III. Here's to a full year of albums made in #Rockdown 🤘🎵😄 Help: ow.ly/RRmg50D7yka pic.twitter.com/U6RyoqHWon