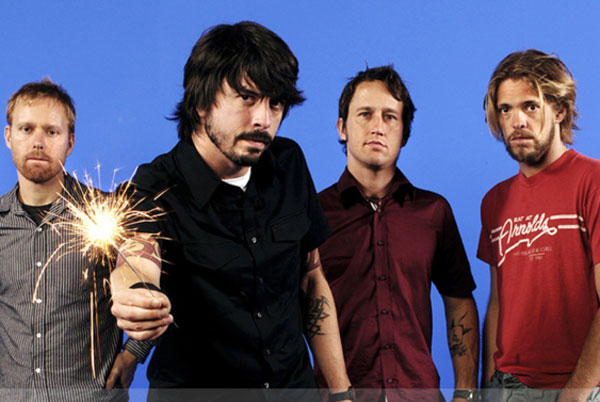 The Foo Fighters have been my favourite band since Dave Grohl left Nirvana. I’ve got all of their albums and I’ve seen them live twice. My favourite song is Generator, but this album Wasting Light has some high contenders. The Foo Fighters have been together for around 19 years, and they’ve only been getting better in my opinion. When I saw them at Wembley Stadium in 2010, Dave said that this might be their last gig ever, as well as his best. He cried onstage saying he’d miss the fans and I was gutted, but then a year later they toured again and announced a brand new album, Wasting Light. Being a huge fan, I bought the album as soon as possible.

At first I was unsure of what I thought of some of the tracks, because some of the music was a different style from what the Foos normally produce. For example;

“White Limo” – This track is quite heavy for the Foo Fighters, but being a fan of hardcore bands like A Day to Remember, it was only a plus in my opinion. I love the song, yes it’s a different style but I think that it’s the Foo Fighters all over.

“Walk” – This is a typically great Foo Fighters track, it’s quite light-hearted but has a build up like most Foo Fighters tracks. The song seems to be about growing up, Dave said he came up with the verse about “having a trial” after the time he was helping his first daughter Violet Maye learn to walk, and eventually she was able to walk on her own, but I think it’s about people still treating you as if you are a child.

Last but not least – Rope. This was the first single from the album and I can see why. It’s my favourite song from Wasting Light and is a typical track of theirs. It reminds me of Generator and I think the song is purely about helping someone that’s in need of it.

So overall the album is a must buy, definitely f you’re a Foo Fighters fan like myself. I hope to see more of them in future.

🔥 The Heat Is On: @childofnazarath blazes a trail through June with his review of the Pet Shop Boys new album Hotspot. Score: 7/10. Firestarter: ow.ly/gEei50zVmUk pic.twitter.com/goXR2BxLEK