In recent years some bands have become fascinated with the concept of replacing the letter ‘A’ with ‘V’ in their names. Massachusetts electro-rock trio PVRIS (pronounced Paris) are one of the bands that have got on board with this rather bizarre trend. Initially starting out as a hardcore rock band, their debut album White Noise sees them in a completely different light.

Opener Smoke is a great sonic representation of what the band can achieve within the rock genre. The guitar nuances wonderfully drive the song, which is underpinned by lead vocalist Lyndsey Gunnulfsen’s harsh vocals. Heavier numbers such as Smoke & Fire don’t embody any of the crazier experimental elements of White Noise. However they do give a brief taster of what we can expect from the rest of the album.

I still remember the first time I discovered PVRIS through the single St. Patrick. At first I wasn’t that impressed with it as I thought the pulsing synthesiser didn’t blend in well with the rock elements of the track. However after replaying St. Patrick numerous times, it has grown on me significantly. It shows how brave PVRIS have been to step out of their comfort zone and invite electronic music to their sound. The issue I have with St. Patrick is that better lyrics could have been written for the chorus “You give me something to think about/That’s not the s*** in my head.”

Most of White Noise’s themes revolve around the supernatural as the band believe in poltergeists. For example My House is about how ghosts haunt places as they have unfinished business there: “You walk around like you own the place/But you never say anything/I caught you walking straight through my walls.” The eery synthesiser perfectly mimics what a ghost would sound like. Ghosts contains minimalistic guitar patterns that recall the playing style of The Police guitarist Andy Summers.

“…PVRIS made the correct decision to embrace electronic music for their debut album. The production is outstanding as it contains a lot of intricate techniques such as looping riffs and the addition of an EBow to sustain notes. The chorus contains a thunderous drop, which has similar characteristics to the drum patterns found in dubstep music. The band achieved this by replacing the original drum pattern with a beat that was half of its tempo.”

The angelic Holy is based on someone who had a problem with Gunnulfsen’s sexuality. Gunnulfsen metaphorically uses religious ideologies to address these cruel remarks: “You put on a faith facade/Think you’re holy when you’re not/I hate to break it to you baby/But you’re simply lost”. Holy gives a nod to 80’s electronic music as keyboards and drum machines drive the track along nicely.

Self-titled track White Noise emphasises why PVRIS made the correct decision to embrace electronic music for their debut album. The production is outstanding as it contains a lot of intricate techniques such as looping riffs and the addition of an EBow to sustain notes. The chorus contains a thunderous drop, which has similar characteristics to the drum patterns found in dubstep music. The band achieved this by replacing the original drum pattern with a beat that was half of its tempo.

While White Noise displays a lot of exciting production techniques, PVRIS also strip back a lot of their instruments. This is to allow atmospheric soundscapes to become a driving force in songs such as You & I. You & I’s simplistic production is very effective as it predominantly uses effects such as a long tail reverb on Gunnulfsen’s vocals. The reverb makes it sound massive in sections like the chorus.

Mirrors has similar musical traits to genres such as R&B. When Gunnulfsen delivers lyrics “I just wanna see a trace or an outline/Say your name in a mirror three times/Said it three times/Said it three times” it makes it hard not to think of Sia’s Chandelier. Both songs are very similar rhythmically in their vocal patterns. Gunnulfsen has never stated that Sia was a direct influence for White Noise. However she has gone on to mention R&B acts that did have an influence, such as Rihanna, Ellie Goulding & The Weeknd.

In conclusion White Noise shows how ambitious PVRIS have been to experiment with contrasting genres such as dubstep and electronica. This decision could have easily jeopardised their musical reputation. As a band they are very aware of how genres can complement one another. This certainly makes it exciting to see how far PVRIS can push their sound into different territories on future albums.

PVRIS’ debut is a refreshing take on the rock genre as it encompasses a variety of genres such as electronica, R&B and dubstep. White Noise’s spooky and spontaneous nature makes it exciting to see what crazy lengths PVRIS will go to, to develop their sound on future albums 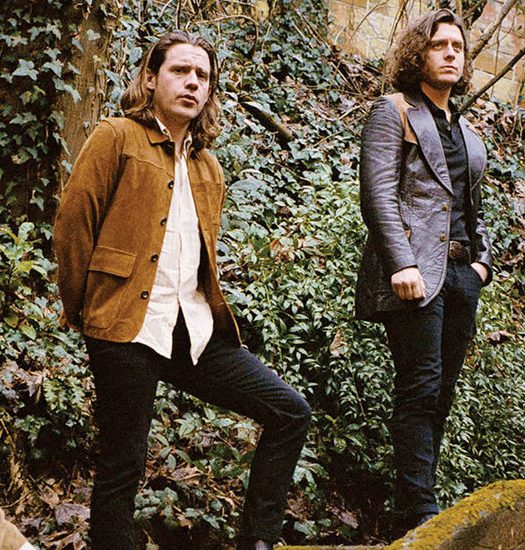 Falling In Reverse – The Drug In Me Is You

We wish you a belated Happy 2021 with @sirbrooksXIV 's review of Paul McCartney's new album III. Here's to a full year of albums made in #Rockdown 🤘🎵😄 Help: ow.ly/RRmg50D7yka pic.twitter.com/U6RyoqHWon