By Michelle Dhillon  •  8 years ago

Rockhaq is the best thing I have ever done at school and it has taken over my life. It’s even more addictive than Facebook!
– Sam Brookes

Sam Brookes is a 19 year old A Level English student at Regent College Leicester who loves a range of music including rap, hardcore and dubstep. Sam is considered by some of his teachers to be a gifted and talented student; one of the top students in his year at college. Sam joined the Rockhaq pilot with a number of his classmates and other students from English and Media Studies teaching groups to use Rockhaq as part of student enrichment activities. The results have been incredible.

Sam was very keen to use Rockhaq; in fact, his first thoughts on hearing about the school music reviews community from his teachers was, “Finally!” Sam has always wanted a forum to share opinions about the live gigs he goes to and the music he loves, post-show or after listening to a new album. He has always felt dissatisfied with sites like iTunes because there isn’t enough of a community environment there for him to know that his opinions would be valued.

Rockhaq is now one of my favourite past-times. Every time one of the 150 bands I love releases something new my first thought is “I can’t wait for that… I’ll definitely be reviewing that on Rockhaq!
– Sam Brookes

Sam displayed a huge amount of natural talent as a music reviewer from the start. His first review of Skrillex live in Birmingham and his second review on the Kerrang! Tour in Birmingham are shining examples of what a fantastic live music review should do: it should take you right to the bleeding heart of the event, making you feel every single throbbing, pulsating sensation.

Although there was little that Sam needed to work on to improve his writing skills, he still needed some advice on better grammar usage and made occasional slip-ups with spelling. Needless to say, Sam’s second review won Review of the Week and Sam has gone from strength to strength on Rockhaq, winning our Baby, I’m A Star badge and cementing his place firmly at the top of the Member Leaderboard on our homepage.

Sam has gone on to write 25 reviews to date on artists including the controversial Tyler The Creator (a review which attracted a large number of comments from other community users, including teachers), metalcore maniacs Bring Me The Horizon, mathcore act Rolo Tomassi and prank-rappers OFWGKTA. Sam has also been vocal with opinion-led pieces on Record Store Day, the cancellation of Sonisphere Festival and artists changing their sound. Sam has done so well that he was offered the role of Student Editor for his college, which Sam and his teachers thought was a great idea.

impact on music and literacy skills

Since using Rockhaq, Sam thinks he has vastly improved his spelling and grammar skills. He believes that sometimes top students can be overlooked by teachers when it comes to being consistently tough on the finer details about improving their work. He has therefore enjoyed receiving constructive criticism from the Rockhaq editors which has helped to tighten up some of his spelling and grammar.

As a Rockhaq Student Editor, Sam is also gaining invaluable experience, skills and insight into the world of digital media. Sam suggested putting forward a way for ‘Unsigned Acts’ to be reviewed on Rockhaq and devised a mini-competition around this. He is also using his initiative to make contact with unsigned acts to review their work. In addition, Sam is gaining vital leadership skills by feeding back on reviews by other students in the Regent College group, as well as editorial experience. Sukhdeep Sangha, head of English at Regent College, is thrilled to hear about how much Rockhaq has given Sam a forum to express himself and develop his literacy and journalism skills even further.

Sam regularly shares his reviews with his friends, bands and on Facebook and Twitter, which shows wider peer and community engagement and the reach that Rockhaq can have far beyond the traditional school environment.

I love being able to read others reviews and add my own thoughts and vice versa. Also being student editor is a pleasure and it is a huge honour to have been selected by Rockhaq.
– Sam Brookes

the future and career paths

Sam logs into Rockhaq every time he is at a pc and is always active at least once every day. Sam mainly writes on his Rockhaq blog in the evenings or during his spare time. Sam also tweets and shares his reviews as soon as they are published. Sam plans to go on to study English Literature at University and he hopes to start a Rockhaq society with more students while there.

Sam is now torn between being a music journalist and going into teaching – the latter is what he had always planned to do before Rockhaq came into his life. However, Rockhaq has proved to be fantastic experience and in his role as Student Editor, Sam is able to feedback to other students. In his eyes, he is already becoming like a teacher. 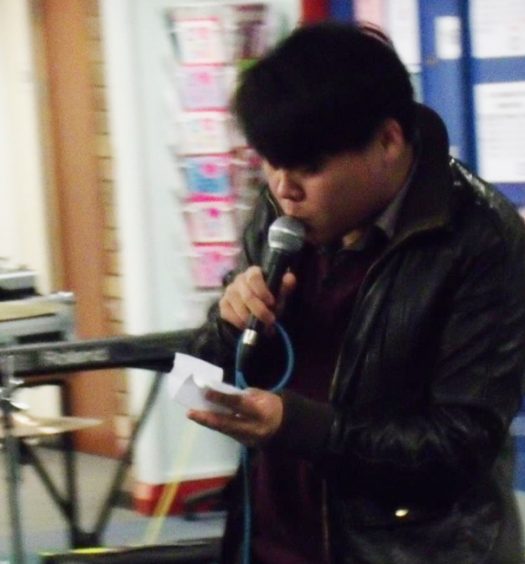